The Northern New Jersey Holocaust Memorial and Education Committee has worked tirelessly to perpetuate the memory of the Holocaust and ensure that the six million Jews who perished will never be forgotten. The committee presented plans for a Holocaust Memorial to be built on the Teaneck Municipal Green back in March and were granted final approval by the Teaneck Township Council. The project is unique in that there is no other Holocaust Memorial in the County that will feature both a place to memorialize victims of the Nazi Genocide as well as offer a multi-level educational program that is being planned in cooperation with the Teaneck Library. 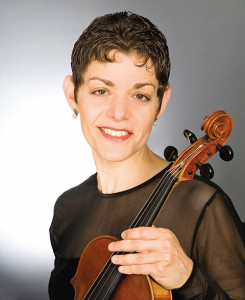 The proposed architectural concept creates a sense of unity and harmony, reinforcing the importance of cultural tolerance. The committee’s vision is to memorialize those who died in the Holocaust and to educate people of all ages about the horrors that defined the Holocaust. The memorial will be educationally stimulating and emotionally meaningful and we look forward to communal support in making this a reality.

The program for the evening of December 10 will include introductory remarks by Mayor Mohammed Hameeduddin of Teaneck, followed by a presentation from Alan Hantman, FAIA, 10th Architect for the Capitol and designer of the Holocaust Memorial. Closing with a musical performance is Dr. Tamara Freeman, renowned scholar & musicologist. Dr. Freeman brings to life the stories and music composed by the Jewish people held captive in WWII ghettos and concentration camps. She performs evocative political and personal melodic memoirs on her 1935 Joseph Bausch viola, which was rescued from the Holocaust.

The Holocaust Memorial Committee has been working for close to four years on this project. Now, to execute this final vision we need the support of the Bergen County Jewish community. Funds raised at the event will benefit the construction of the memorial as well as assist in maintaining the completed project.